Can you help ensure the planet is still here after 2012?

Last week I was freelancing at the Guardian Newspaper. “ooh!” I hear you say. “Going up in the world”.  That’s right people, check me out. (I’d insert lyrics from Ed Sheeran’s “You Need Me” into this sentence if they weren’t so outrageous).

Before you get too carried away with my apparent journalistic success know that I wasn’t writing material to be published…yet.  I was contributing to the awareness campaign for the Sustainable Business Awards 2012. My supervisor told me to target FTSE 250 companies (that’s fine, I’m still not sure what it means either), and to encourage them to consider applying.

Looking at my list of the most powerful people in business and press offices around the country, I was a little overwhelmed as well as somewhat apprehensive. Many of the businesses were involved in housing and the construction industries- exactly the type of companies I would hold responsible for the destruction of our planet with their polluting machinery. The global Law firms were no better in my mind, with their executives jetting across the planet to attend meetings about some corporate violation.

Simply put, I was on my high horse just because I recycle my Heinz tins and Diet Coke bottles. What didn’t cross my mind was the fact that ultimately, these businesses have the power to contribute to the planet’s conservation in a way that I couldn’t even imagine. Many of them are working their way to Carbon neutrality within the next 15 years. Who reading this can say the same? I take pride in the fact that I do not own a car, nor do I view myself as wasteful. I take precautions to choose produce at Tesco which is as locally grown as possible so as to not encourage importation of non-ethically sourced food.

However, I’m a bargain hunter and I thrive at Primark, which although cheap, quite probably has its item produced by underage children in developing countries. I find this to be inexcusable (both my behaviour as well as the concept of sweatshops), so really I realised it was time to not only make people aware of exhaustible nature of our planet’s organic supplies, but also to congratulate those who are in fact looking out for our futures.  As I grew more and more tired of repeating the word “sustainability” the more it became apparent that I needed to continue making my phone calls and to inspire industries to continue their good work.

In keeping with my initial post this year, “will you be in a fit state to see the end of the world?” it is profoundly disturbing to think that on average, as a planet we consume over 30% more energy than we are able to produce. Meaning, as we all know, Earth is hurtling towards a global calamity as we will soon enough run out of non-renewable energy sources (gas, oil and all their by-products).

What a conundrum to keep me awake at night.  Especially as it’s rumoured that we already posses all the knowledge we need to create technologies allowing us to function in a far more sustainable way. The reasons we don’t utilise them is a mystery. Conspiracy theorists won’t hesitate to interject and let you know their thoughts on this matter- that Governments across the world would prefer to generate income through fossil fuels rather than invest in renewable and sustainable energies.

It is well known that when I fail to sleep at night, I get testy, grumpy and even a little aggressive. Thus, I considered, for the good of the planet I should share my concerns and findings in the hope that as a collective we may begin to take steps forwards in this race against time.

Below are some interesting nuggets for information about our environmental impact on the Earth:

I’m particularly interested in the concept of solar panels in the Sahara. In my mind’s eye I see a scene, the sand dunes, the sun glaring down, camels, Bedouins and solar panels. It’s magical.

So what can you do to help? It’s absurdly difficult to know where to start.

That’s why, there’s a company called START, to take the pressure off and provide some basic tips into transforming your living/working environment.

And then there’s the Rainforest Alliance Website that has so much information your eyes may pop out.

Take a look and make some wise choice. Because I have this feeling that if we don’t work together and sort things out, 2012- the end of the world may becoming a more credible theory.

Also, in the interest of disclosure, as I wrote this, my laptop was powered by my hamster running in his ball (no, not really, sorry, terrible joke- but those are the kind of energy devices people need to invent). 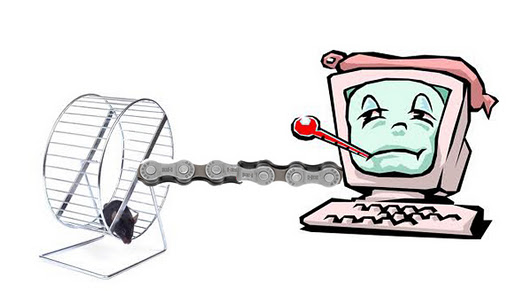