Even before the spectacular opening ceremony, both the UK and international press were speculating on how sleep (or the lack of it) would affect athletes, especially those traveling from afar. It was a major concern for participants suffering from jet lag who feared they wouldn’t have enough time to allow their sleep cycles adjust to the British Time Zone.

Australian shooter Althea Sedgeman missed her alarm, overslept by an hour and 15 minutes and only had 10 minutes to catch her bus from the athlete village.  She arrived at the Royal Artillery Barracks on time for the women’s 10m air rifle event, but missed her chance at a gold medal by 10 points. She states, “I wanted to shoot a [personal best] and I didn’t, but I’m pretty satisfied. I could have let the nerves get to me but I didn’t.” It’s quite possible that Sedgeman’s plight could have been avoided, had the Australian team not banned the use of sleeping pills by its athletes.

However, the most talked about sleep based ‘casualty’ is British weightlifter Jack Oliver, who can not really be described as a casualty at all! Oliver slept through his alarm and almost missed his bus to the event. “I was meant to be up at six o’clock, go downstairs and have a nice pre-weigh-in shower and a bit of a stretch”. Luckily he was able to dress quickly, board the bus and went on to set a personal best of 310kg. His explanation is that the extra hour of sleep must have done him some good!

How not to miss out on big events-

1. Always establish a wake up time in accordance with your bedtime. Remember 8 hours isn’t divisible by your sleep cycle, count in multiples of 90 minutes. Use a sleep calculator if your sleep cycle is erratic.

2. Not underestimate how much difference sleep can make to your performance. Trying to get through your day when you’re sleep deprived will lead to you not completing tasks to your full potential. On the other hand, you’ll be amazed what you can achieve when your batteries are fully charged, so to speak.

Amazingly, the one person who should be feeling the strain of sleep deprivation is Matt Millington, the BBC producer of the games. He is in charge of 24 simultaneous live streams and appears to be taking it all in his stride. He told the Telegraph the following-

“Well, on the night of the opening ceremony I only got two hours’ sleep,” he says, “I think because of the adrenaline and because I knew what could go wrong with the ceremony. There had been reports of electrical storms, which would have meant having to delay the ceremony. It was also because I knew that next day we would find out whether the 24 streams would work.”

It goes to show that adrenaline can carry you through a task, if it’s as epic as producing London 2012, but I certainly wouldn’t recommend it as an alternative to a good night’s sleep. The Olympics have a closing ceremony, your life doesn’t, well at least not one that you can pencil into your diary. Existing on no sleep really will take the fun out of living! 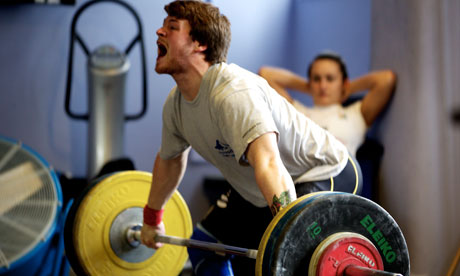