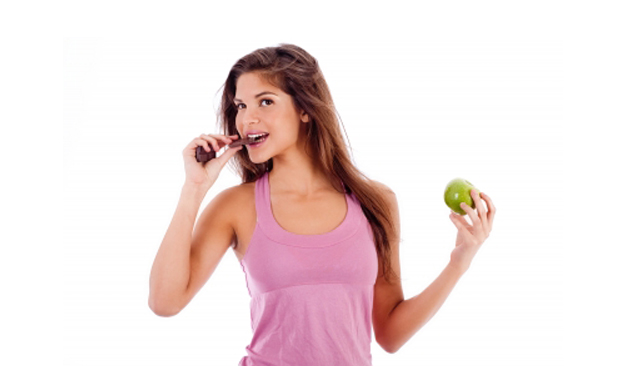 The world’s scientists are continuously trying to make us aware of the link between sleep deprivation and obesity, but what is it about a lack of sleep that causes us to put on weight? Is it a slowing down of the body’s metabolism? Why is it that when we’re tired, we just don’t want to choose wheetabix over a fry up?

Boston was host to SLEEP 2012 (June 9th-13th), an Annual Sleep Medicine Conference- the premier event that blends the most current sleep research with the best clinical practices.

Numerous US publications have released articles this week focusing on two medical studies which, as the LA Times put it, looked at what happens in the brain when a sleep-deprived person is considering: Apple? Chips? So what does happen to a tired mind when it’s breakfast time? To answer this, scientists have studied the human brain and in particular, our neural systems to see how they affect the way in which we make decisions, in regular sleepers, contrasted with sleep deprived individuals.

Lead researcher Stephanie Greer states, “It seems to be about the regions higher up in the brain, specifically within the front lobe, failing to integrate all the different signals that help us normally make wise choices about what we should eat”.

The frontal lobe contains the part of the brain, which deals with appetite and making smart, informed decisions about food selection. With a lack of sleep, signals to this area are disrupted and we experience a sort of dysfunction, thus leading us to make irrational and unhealthy decisions. Simply put, when we haven’t slept enough, we’re just not physically capable of making the right choice about what to eat.

A second study carried out by Columbia University found, through MRI Scans, that the brains of sleep deprived subjects react differently when faced with unhealthy foods- they trigger a greater response from the ‘reward centre’ areas in our brains. Therefore not sleeping enough can cause your brain to treat ‘bad’ foods as a necessary ‘pick-me-up’ in the morning, so not only do we have a distorted decision making process, but unhealthy options suddenly appear more appealing. It’s almost like you’ve lost the battle before you’ve even got out of bed.

So what can we do to stop ourselves from grabbing a not-so-healthy Egg McMuffin on the way to work? There’s no easy solution, in the same way there’s no 1-step fix to solving the UK’s obesity crisis; we just all have to try harder. However, understanding that your body is likely to crave foods you shouldn’t after a night of restless sleep is the first step towards avoiding any unnecessary weight gain, and/or health issues. The key is preparation. Don’t get caught out in the rain, so to speak, make sure that there’s always a ‘right option’ available.

The perfect breakfast in this situation is porridge. Prepare it the night before if you feel you don’t have the energy to do so in the morning, do whatever you need to do to ensure that you avoid the high-fat, sugar crash inducing foods and intake low-fat, slow-releasing energy super foods.

Below is a yummy recipe, which can easily be stored over night in the fridge if need be and microwaved in your office kitchen.

You’ll notice that there’s no dairy in this recipe (it’s vegan friendly) but you can always add milk or cream if you feel you prefer that, anything to stay away from that croissant!)
Read more about this recipe and others at Suite101