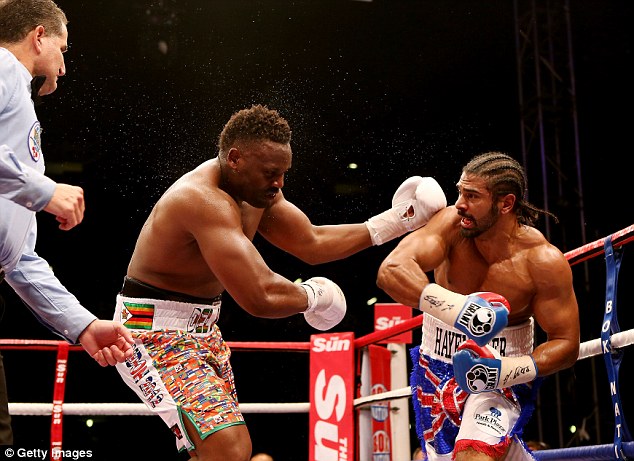 On Saturday Chisora joined tennis player Murray, who was in the audience, in the ‘runner up club’. David Hay applauded Chisora on his ability to take punches but that didn’t make the blow any easier. Our sources say that only a couple of hours before the fight, Chisora was happily munching away at a restaurant. Now I’m not a sports expert but when you feed up a horse before a race they don’t tend to run as well…

The support for Chisora wasn’t as strong as Haye with the rowdy crowd swearing and booing him on his entrance to the ring.

Many schools of thought feel that Haye won all of the rounds but it was close all the way through and in the Third, Chisora may have pipped Haye to the post or rather Haye’s head hit the post when Chisora carried on punching after the bell which is controversial but some say the bell wasn’t that loud…. In the 5th round Chisora went down twice before the referee finally called a knock out and for a relieved Chisora, it is all over.