Continuing on the theme of ‘world something or other day’…Sunday 24th of February is World Yoga Day.

Now this is a celebration I can really get stuck into- I’m a firm believer in yoga, in all of its forms.

Yoga (Sanskrit, Pāli: योग yóga) is a physical, mental, and spiritual discipline, originating in ancient India. The goal of yoga, or of the person practising yoga, is the attainment of a state of perfect spiritual insight and tranquility while meditating on the Hindu concept of divinity or Brahman. The word is associated with meditative practices in Hinduism, Jainism, and Buddhism.

I was lead to believe that yoga is a series of movements designed to ready the practitioner for meditation as opposed to being a meditative practice in itself. What’s the difference? Well you don’t meditate whilst ‘doing yoga’, instead you practice yoga in order to ensure your body is nimble and supple enough to sustain a prolonged period of meditation. As one usually meditates in stillness, the body is susceptible to cramp and therefore requires the yoga to eliminate any physical distractions. Think of it as a pre-cursor, the warm up act before the main event.

I do get the impression that fitness fanatics in the western world tend to disregard this and treat it as more of a work-out and thus negating its original intentions. You will find plenty of purists who tend to poo-poo modern interpretations of the ancient practice, but I say go for it.  Yes, there’s a certain element of tradition that one should not simply disregard, nor should you forget the spiritual undertones. However, I applaud practitioners for taking steps to make yoga more diverse and accessible.

For example Bikram Yoga. Developed by Bikram Choudhry as recently as the 20th Century. It is a form of yoga comprised of 2 breathing exercises and only 26 postures. All of which are completed in a specific order in a room heated to 105 degrees Fahrenheit. Choudhry claims that the heat and set poses allows blood circulation to increase, therefore pumping blood to all vital organs and allowing for a more complete workout. Many critics suggest working at a temperature above 100 degrees is dangerous, I just happen to love it. The process of sweating cleans the body of toxins and whenever I was practising I felt a noticeable difference in my circulation and the appearance of my skin.

Another example of modern development of the practice is my certified yoga-teacher-friend in New York who has developed a curriculum for ‘the actor’ which combines traditional hatha yoga with acting techniques set by Stanislavski and applied-theatre techniques created by Augusto Boal. She calls it a holistic approach to performance preparation. It all makes sense to me, utilising complimentary practices in order to further a participant’s experience not only in the studio, but also to directly influence their working life.

The idea that yoga can influence your day-to-day life and positively affect your health is seen by some as nonsensical. I have another friend who laughs every time I run off to bodybalance after my spin class.

Bodybalance is a group exercise class designed by New Zealand company LesMills. It is a combination of Yoga, Tai Chi and Pilates. Cheaper, less ‘elitist’ and readily available at gyms and community health centres I feel it to be a viable alternative to training at a dedicated yoga studio.  Read about it here.

Anyway, back to he with little faith…the friend in question has often remarked that there’s little point in just throwing an energy ball about. (Producing and moving energy around your body derives from Tai Chi and is the common warm up in Bodybalance classes). Hmm. It may not be as fast and furious as spinning, however LesMills claim that the average energy usage for bodybalance is 395 calories, not to mention, the rejuvenating and toning effects I feel throughout my body. So I beg to differ with his offhand comment and feel as though bodybalance and yoga complete my exercise and holistic regime. Having been advised by my osteopath to avoid yoga whilst my back heals, I decided to do a little research into the health benefits from practising. I stumbled upon an article by nursingedegree.net (which I would consider to be a reliable source) highlighting 77 surprising health benefits of yoga. Take a look and see if you’re not convinced to source your nearest studio!

I’m all about doing things effectively, cheaply and in your own time. That’s why I would heartily recommend the following website, where you can stream yoga classes of varying difficulties and styles for free. My only concern is that yoga is precise and personal. Attempting postures without an instructor at hand can lead to injury as you may not be in correct alignment. Many postures are not about stretching as far as possible and you not  will probably not be as flexible as the person on the screen and in attempting to emulate them, will seriously damage your muscles, spine or both.

I say, in honour of World Yoga day, take a look at http://www.doyogawithme.com/, try some of the breathing exercises and see if yoga is something you would like to invest in, then find your local yoga studio!

For those still a little unsure, give bodybalance a try. The instructors are always well-trained and the modern soundtrack to the releases allows for a less intense atmosphere. Plus, I feel that due to the wide variety of participants at my community gym, of varying sizes and shapes, it feels as though everyone in class wants to make the most of their time. In contrast, I have previously walked into a posh yoga studio in London where all my classmates were toned, in skimpy yoga pants and infeasibly flexible. That’s just demoralising.

There’s something for everyone out there, give it a try and say hello to a healthier, calmer, hotter you. 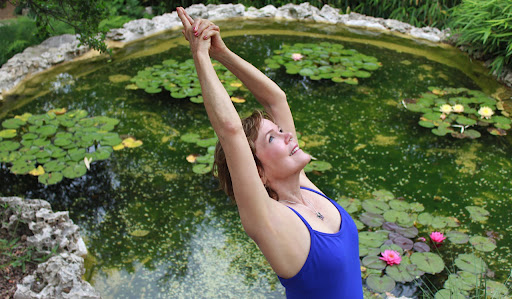